I have always experienced the same sensation upon arriving in London. There’s a feeling when you walk up the stairs and out of the tube, a similar feeling to when you walk up into Fenway Park—the energy consumes you and it doesn’t matter how many times you do it, you feel as if it was your first every time. After many visits staying in Sloan Square, with my close friends from growing up having moved to Hong Kong I was lucky enough to stay with a close friend of my mom’s in Russel Square—a totally new part of London for me. What I find fascinating about London and different than New York is that while each neighborhood truly has it’s own flavor they all retain the same old world Sherlock Holmes feel and I would argue that with this comes the perfect combination of the urban chaos exuded by a city like Palermo or Istanbul and the quaint calmness of Amsterdam and Boston. And most of all London is probably the only city on earth that can measure up to New York’s diversity in cultures, jobs, and things to do!

What I ate today: After having some of the most horrific pad thai of my life–reminder when eating ethnic food to stick to restaurants where people from that ethnicity are actually working inside—I was on the hunt at dinner time for the perfect fish and chips to go. I wondered around the streets of Russel Square, passing pub after pub, bad Italian food and fallafal and kebab galour to finally stumble across a little restaurant that looked like it hadn’t been changed in half a century with a menu stocked with fresh fish options. Attached to the restaurant was a to go part of the restaurant, with similar menu choices, only a cheaper and greaser. The fried cod were enormous and the thought of eating an entire one, well the thought of eating an entire one was actually impossible. Observing fellow customers who were clearly locals they all continued ordering the massive fried cod with French fries doused in salt and vinegar…yummm, So needless to say I found my perfect FISH AND CHIPS and the best part was I got to enjoy them alone eating among both friendly and grumpy old and young English men watching their nightly football match. Finally despite the fact that I feel quite ill at the moment (as the brits would say) it was the perfect English evening. Cheers!

A little bit of London flavor…. 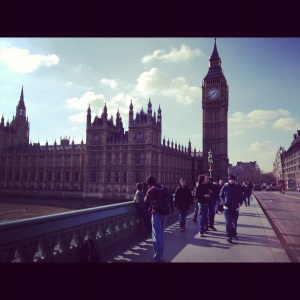 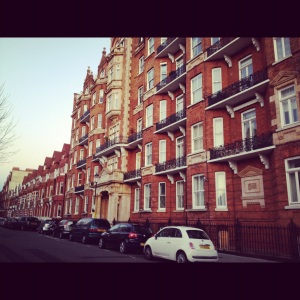 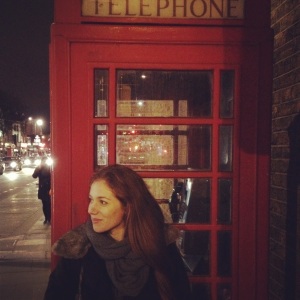